Neil Bradbury is a consultant orthopaedic surgeon specialising in knees. Based in the South West he works mainly at Circle Bath Hospital, near Bath. As part of his personal marketing Neil is having a web site built explaining his work and giving patients a clear understanding of the different types of knee replacement operations and what to expect from them. A key part of the site is a video showing a total knee replacement operation in all its full orthopaedic detail.

The aim of the film is two fold: to give patients as much information about their operation as possible and to allow people to witness Neil’s skill as a surgeon. For us as film makers this gave us a clear goal and required a special directing style.

We have filmed with Neil before, for a corporate medical film about Circle Bath that showed the patient’s journey through the hospital. We actually filmed a knee replacement operation but at that time all we wanted was to see Neil and the team at work. Our ‘rushes’ contained very little of the process of the operation. The Total Knee Replacement film needed a different approach. This film is designed to reveal the process of the operation. So, we filmed two complete knee replacements, with two cameras working on each. The first time the main camera filmed Neil talking while he operated, telling us and the audience what was going on, what he was doing and more importantly, why he was doing it. The second camera concentrated on getting good close ups of the operation. 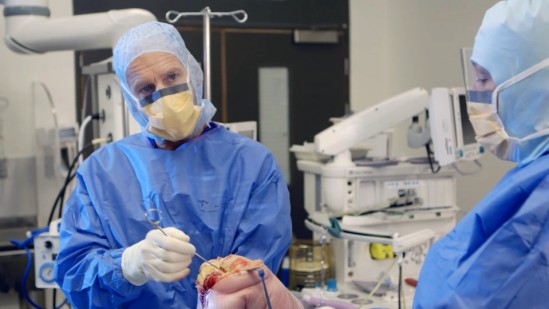 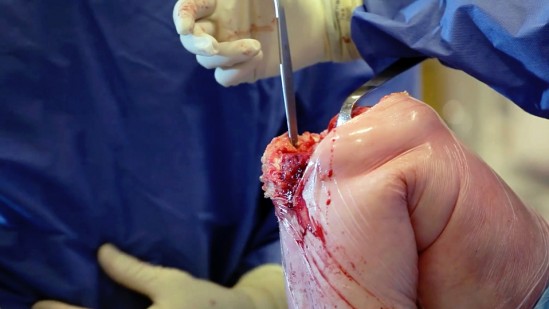 During the second operation the main camera was covering the close up detail and our second camera was getting the all important wide shots of the theatre and shots of the rest of the team. We also had one of the amazing Go Pro cameras suspended above the operating table on the theatre light, giving a great top shot of the procedure.

The finished video is an incredible watch. It clearly shows all the processes of a total knee replacement operation while Neil’s interview takes patients through the stages in a comforting and engaging way. 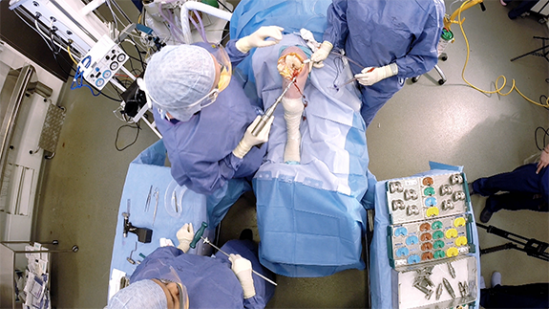 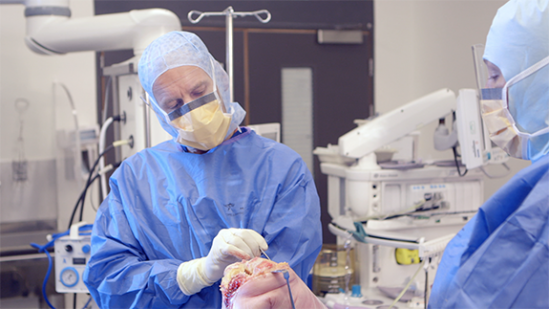